Although Swanndri and Reefton Distilling Co. craft quite different products, we’ve got a lot in common. Collaborating on a limited edition release of Little Biddy Gin seemed to come about quite naturally. After Swanndri came to to visit the Reefton Distilling Co. during a photoshoot back in September 2020, both teams noticed the similarities in our values and approaches to bringing our respective products to life, and an idea was born. The result is a Limited Edition Little Biddy Gin bearing the iconic Swanndri red and black check – a well-loved pattern often favoured by Reefton Distilling Co. Ambassadors and Water Prospectors Nigel and Steffan MacKay. 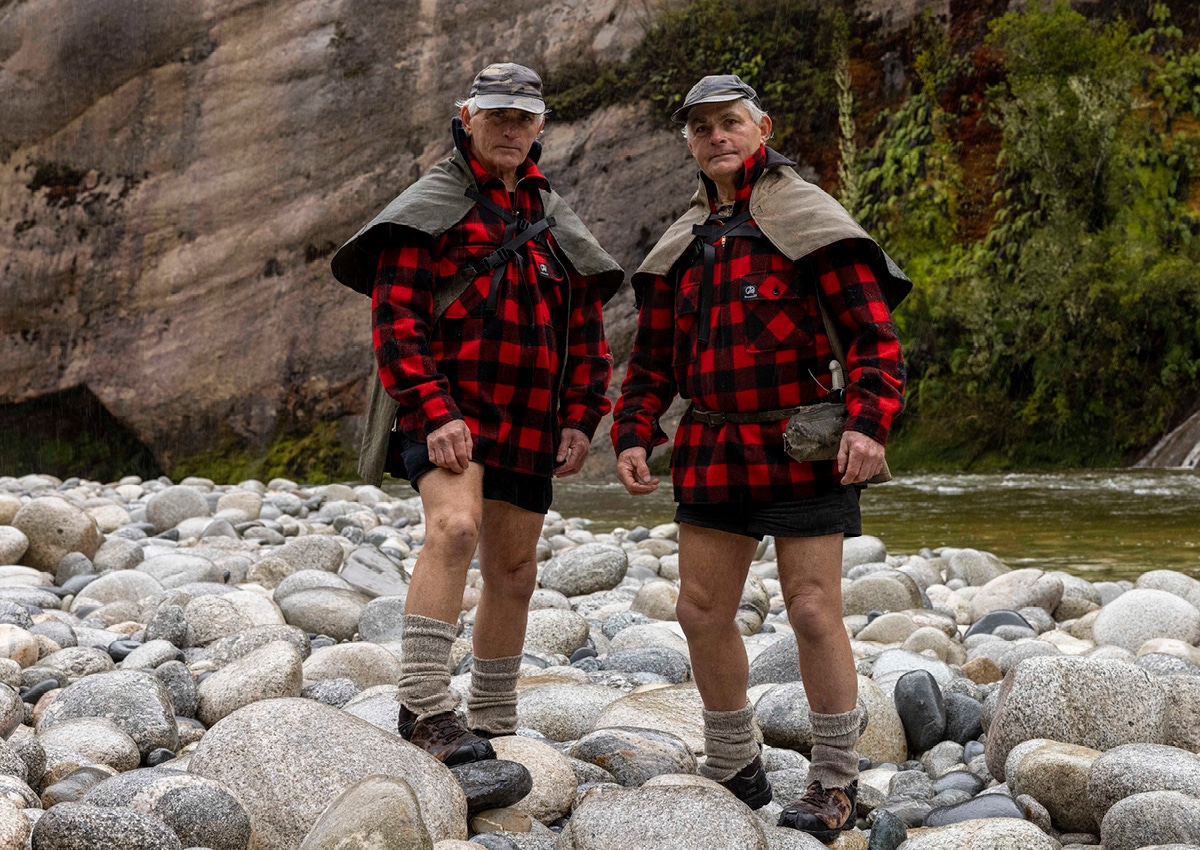 Nigel and Steffan know all about the great outdoors and have been donning their trusty Swanndri bushshirts since the 1970’s. The twin brothers were born and grew up in Reefton, attending the local school, going on to work in forestry and spending their spare time exploring the secrets of the Victoria, Paparoa and Brunner ranges. Having spent all of their 73 years as residents of this historic West Coast town, they are authorities on everything that there is to know about the area, its people, and its rich history. 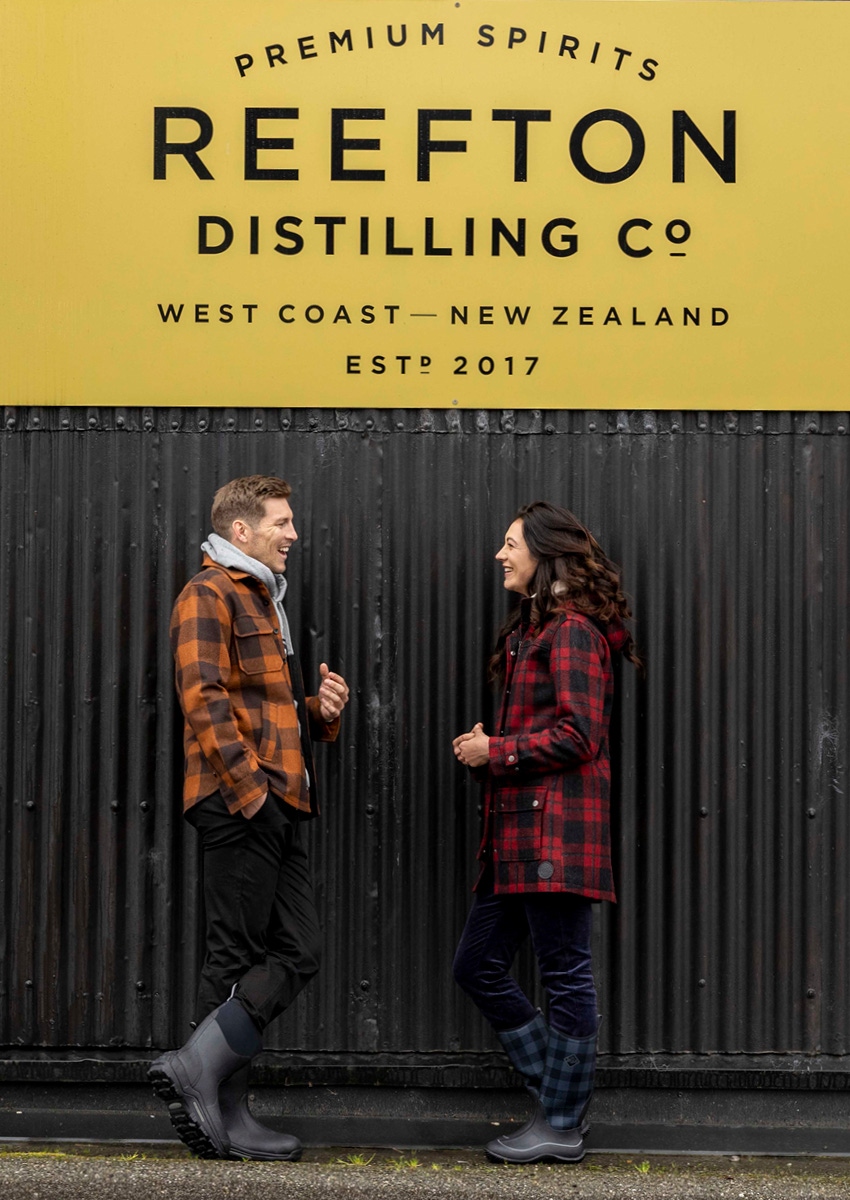 When you speak to the MacKay Twins their deep love of their hometown and the people who founded it, is evident. As is their profound respect for West Coast legend Little Biddy and those early pioneers who searched for and created wealth from little more than a strong belief that the West Coast landscape held natural resources for them to discover and turn into riches. They see a similar optimism in Reefton Distilling Co.’s Founder and Chief Executive Patsy Bass and her drive to create an opportunity out of one of the West Coast’s most talked about regional characteristics – copious rainfall. 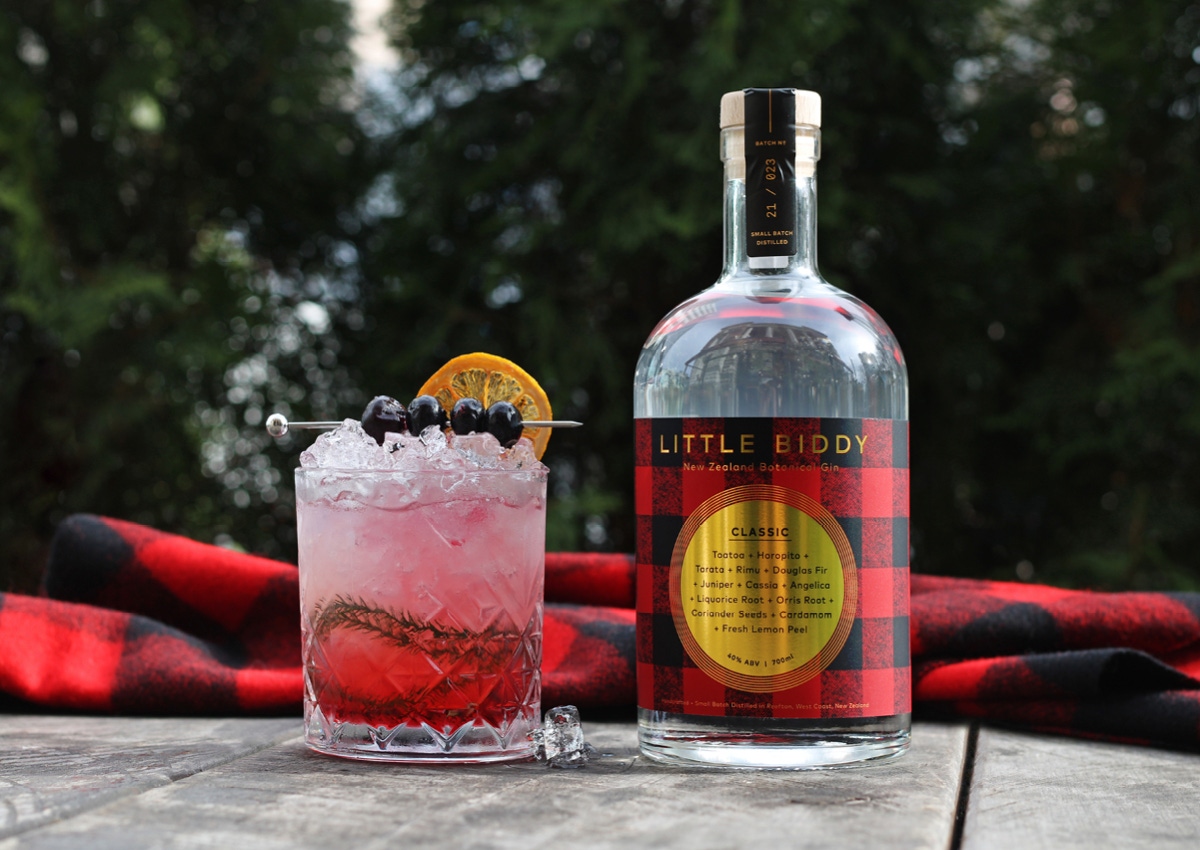 Celebrating the great outdoors with this iconic partnership, Little Biddy Gin - Classic: Swanndri Limited Edition is being launched to coincide with Father’s Day and to celebrate New Zealand’s love of the great outdoors. The gin comes in a locally made presentation box, suitable for gifting. Awarded Gold at the 2020 SIP Awards, Little Biddy Gin - Classic is often described as a sipping gin – so good you can drink it straight. Created in honour of Reefton legend Bridget ‘Biddy’ Goodwin, a gin-toting, 4-foot-tall gold prospector, it is vapour infused with 13 botanicals, five sourced fresh from the same West Coast rainforest where Biddy once fossicked for gold. This uniquely New Zealand gin captures the West Coast rainforest in each bottle. 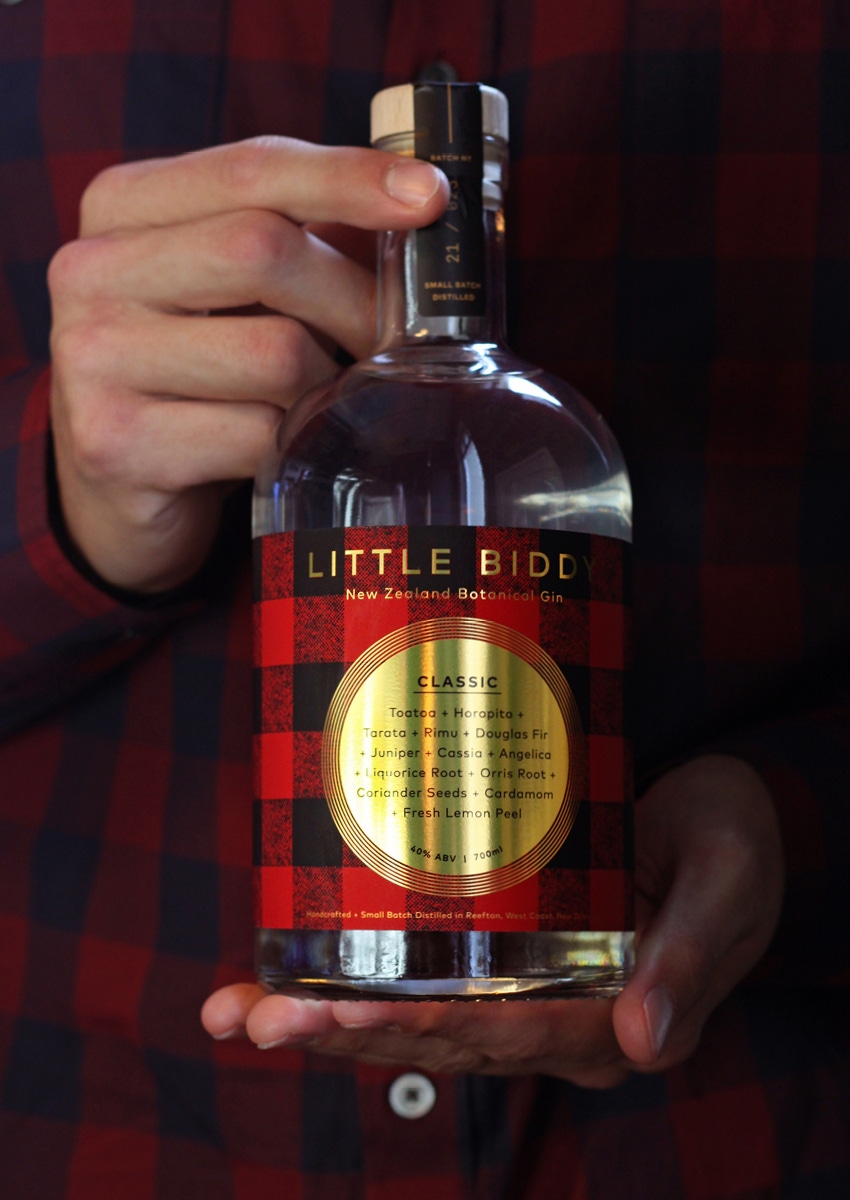 This limited edition Little Biddy Gin is available for purchase directly from the Reefton Distilling Co. website and from selected retailers nationwide while stocks last.

Posted in People and Places

Stay on Swanndri NZ if you want to ship internationally