There’s no one thing you have to be to work at Swanndri. But, of course, there’s one thing we all have in common: a love of getting into the outdoors, making the most of life and living it up in this beautiful backyard we call New Zealand.

Dan Clark, Brand Manager here at Swanndri, would never say so himself, but he epitomises that spirit. For him, getting outdoors is an everyday thing. But then, once a year, every year, it becomes something rather special.

Duck season. On the first weekend of May, without fail, Dan and a group of his best mates get together down on his folks’ Southland farm for two epic days of catching up, hanging out, and having a good time. The odd bird is just a bonus. 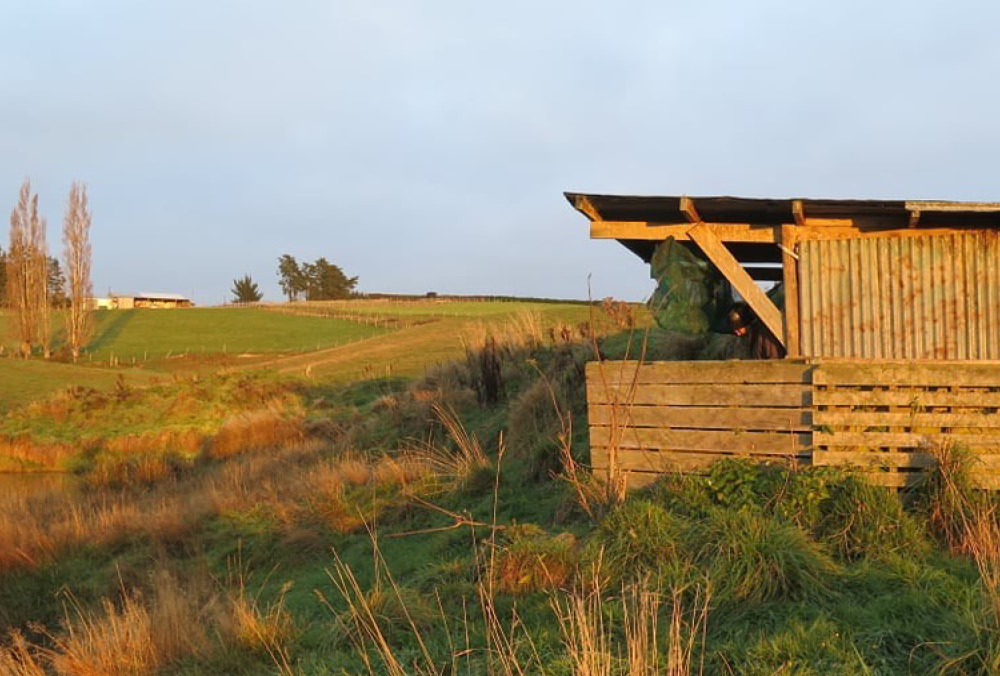 “It’s not really about the ducks”, says Dan. “It’s about catching up with good mates – once a year, like we have been for the past 14 years.”

These guys have been good friends since Uni, but as tends to happen they’ve drifted apart geographically. Lives, wives, jobs – all that kind of thing has meant they’re now dotted all around the country and don’t really get together that often.

But this is one the thing that always brings them together. That they look forward to all year long. Even having a wife 39 weeks pregnant didn’t stop one of Dan’s friends one year.

It’s an intergenerational occasion too. Dan’s Dad joins them with an old friend of his – the two old boys have been duck shooting here together for 30 years. 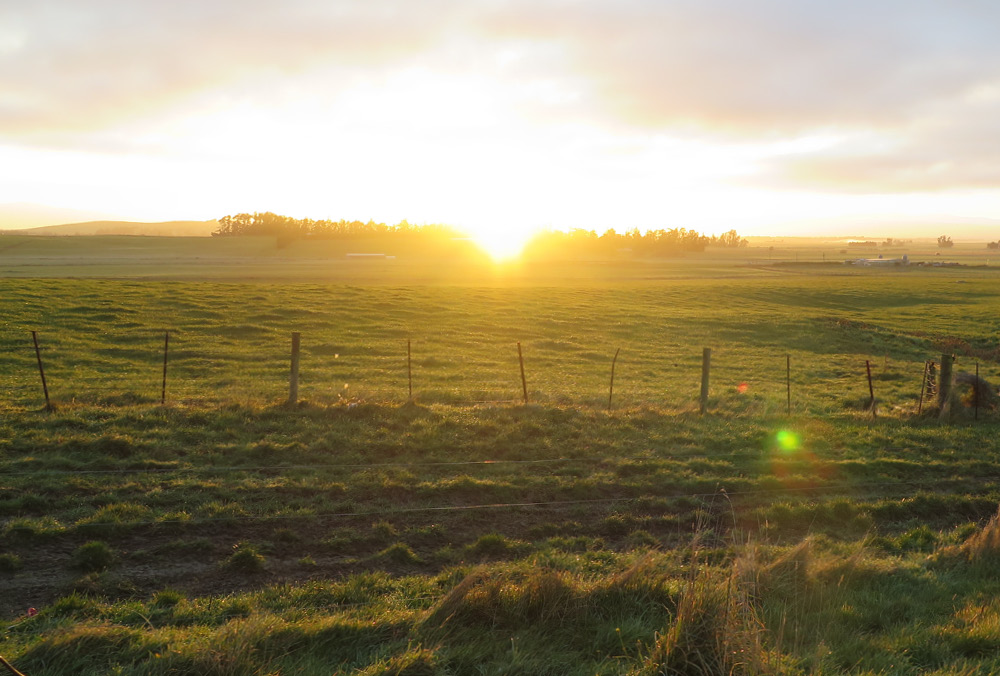 It all starts on Saturday morning, 6am. There are four ponds on the farm, two with maimais, so after breakfast and a safety briefing they split into groups. Short straw stalks the ducks without the comfort (if you can call it that) of a maimai.

Remember it’s Southland, and it’s May, so there’s plenty of warm woollies being worn. Dan runs a merino base layer, Swanndri plaid shirt, then a jumper with a Swanndri Tundra on top. Amongst the others you can spot a mix of Swanndri Bushshirts, Tundras and Mosgiels. It’s a beautiful sight. 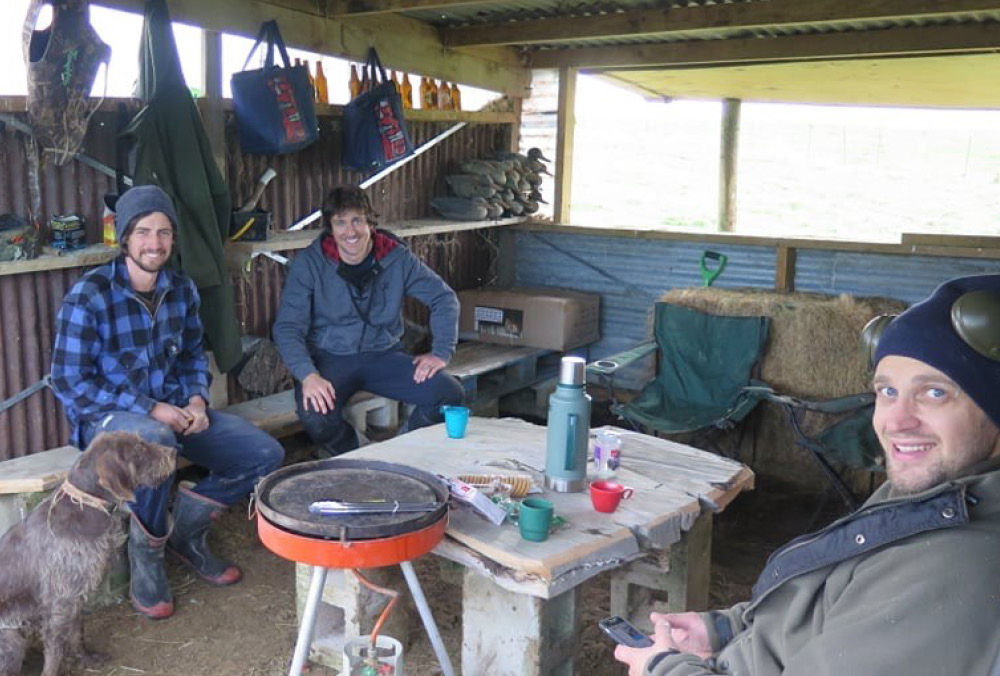 After a brief bit of duck shooting, it’s time for lunch – a hearty meal at the farmhouse (we reckon they put on a couple of kilos each over the weekend). Strategies are discussed, maimai improvements are planned, and as they head out again, ponds are swapped so that everyone gets a change of scenery.

Sunday morning is quiet. Bit of a sleep in. But pretty soon the chatter starts to rise. Today is a big day. Not only is it the end of the weekend, it’s also when the main event takes place: the annual clay bird shoot out. Forget the ducks, this is what decides the real winner. A solid year’s worth of bragging rights are at stake.

Then, before you know it, it’s time to pack up and head off. For some, it’s a long trip home – but they all know it’s worth it. In a time when everyone seems to have less and less time, an event like this gives Dan and his mates a reason to make time. To get together, get outside and enjoy the simple pleasures of good company, autumn weather and the odd duck on the wing. 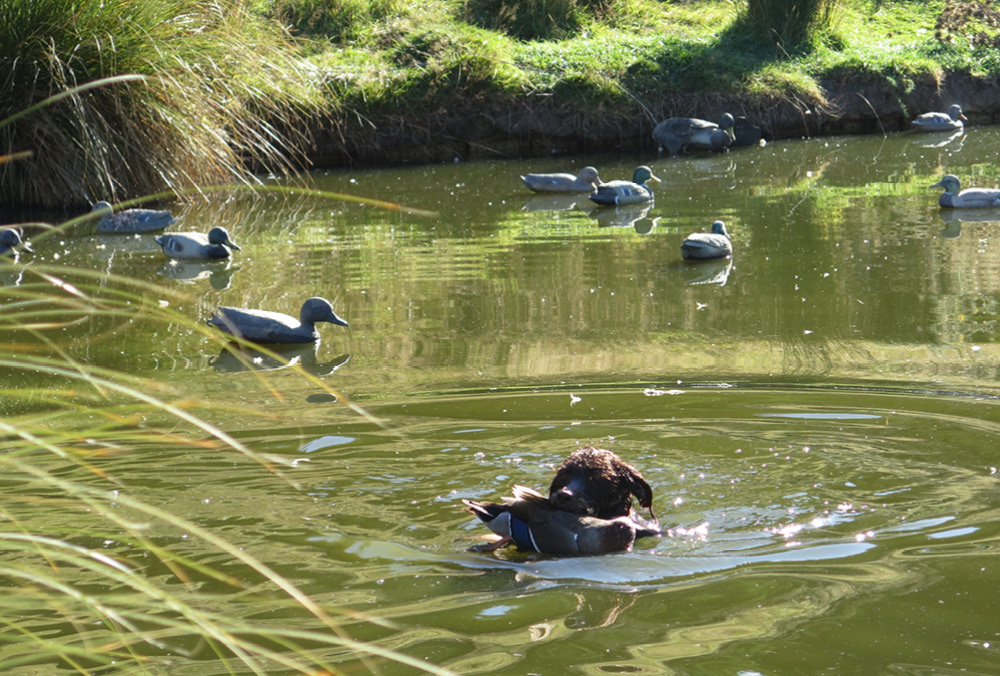 You can tell they can’t wait for next year. For Dan at least, “it’s better than Christmas!”*

Unfortunately, Dan’s not selling tickets for a spot on this year’s adventure, but if his story has spiked your interest, you can find out more about duck season at fishandgame.org.nz.

*Sorry Dan, we couldn’t not put that in there.

Posted in People and Places