Every fisherman’s journey starts somewhere. For keen spearfisherman Adam Hutchinson of Canterbury, like many New Zealanders, he first discovered the thrill of the catch as a boy of five or six, when eeling with family and friends. “It was a pretty big part of my childhood,” Adam reflects with a hint of nostalgia. He even recalls a little catchphrase his friend’s dad taught him – that if the month had an ‘r’ in it, then it was a good time for eeling – which has stuck with him to this day. 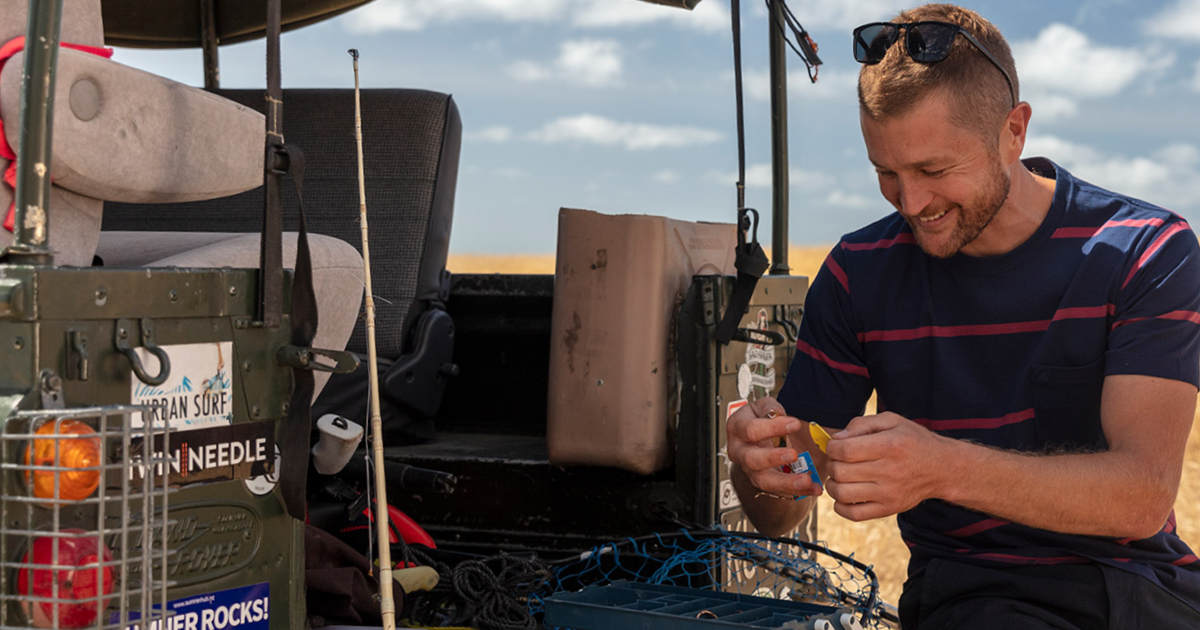 In recent years, Hutchinson’s journey came full circle when he got to take his son out spearfishing for the very first time, along with a good friend and his son. Together, they set off to the Banks Peninsula – Hutchinson’s favourite fishing spot – choosing a remote area along the southern bays. “It was a really good feeling to introduce underwater environments to our sons, and they were really interested in the whole experience.”

It was one of the most spectacular days he’d ever seen there, and the absolute perfect conditions for selling the excitement of underwater adventure to the two young boys. “To show that to someone else was really amazing,” Adam says. “It was just a really awesome day.”

Adam — a big Swanndri fan — loves the Banks Peninsula for its endless offers of “nooks and crannies”, awaiting discovery. “It’s just a really attractive place to dive,” he says, noting its accessibility to Christchurch and the bountiful array of fish species in good supply, such as butterfish, moki, and crayfish. “Generally speaking, you can find a spot that hasn’t been accessed by too many other people,” which means it can be replete with good catch. 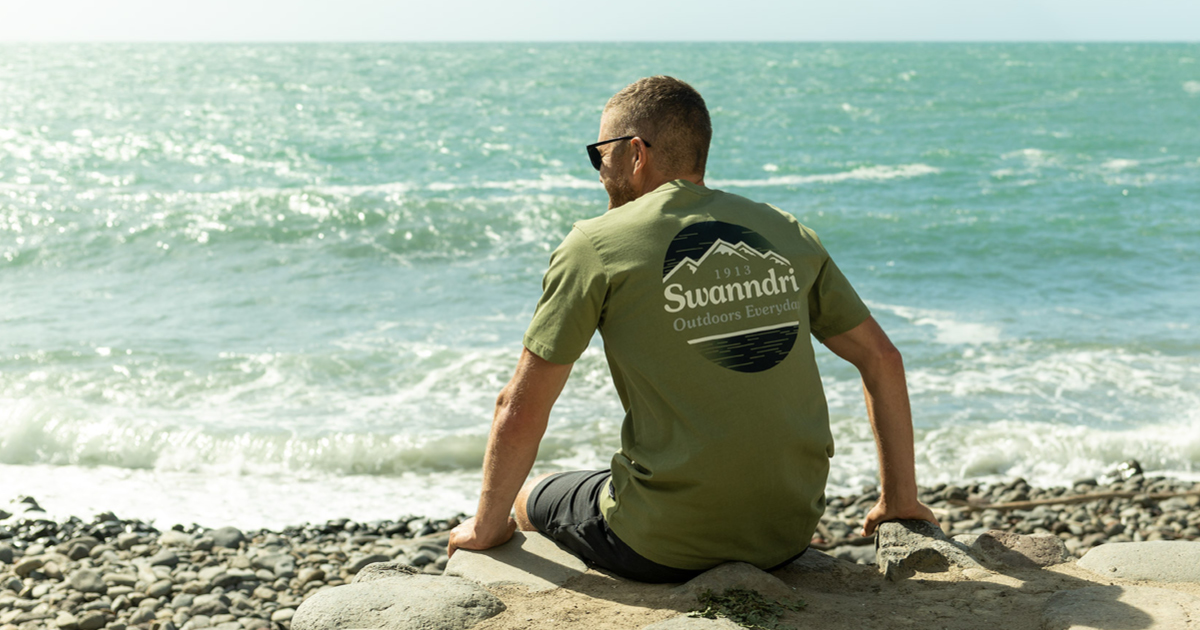 But, while spearfishing off the Banks Peninsula on a good day is “an amazing experience,” Adam adds that it can be “pretty inconsistent in terms of visibility, so you do have to keep your finger on the pulse.”

One spine-tingling scare Adam faced was on a day with low visibility – three metres or so – when, suddenly, to the side of him, he saw “a pair of large, white eyes.” The tension in his story-telling suspends in mid-air, until he adds, “I thought it was my worst fear, and then as it turns out, it was a seal. He had a wee nibble on my fins then I got out of his area.”

To work around the visibility issue, Adam recommends taking advantage of several forecasting tools available. His own experience has proven that a number of factors tend to line up, enabling him to make a pretty confident call on whether to go out or not. “But when the conditions are good, then it’s really spectacular.”

It’s certainly a more exotic location than where the technology entrepreneur started out. After “graduating” from eeling as a youngster, Adam did a bit of fishing on the Whanganui River and later enjoyed many a fishing trip to Lake Taupo with family friends.

But it wasn’t until his OE in Europe that Adam got his first taste of freediving, which, to this day, is one of his favourite things to do. He credits the overseas diving experience as definitely being the catalyst to him broadening out his fishing capabilities when back in New Zealand to include spearfishing. Upon returning home, Adam studied out at Lincoln and did lots of diving missions around Kaikoura, as well as some spearfishing and good old rod fishing.

Over the past 20 years, he’s observed an encouraging culture shift in the fishing world towards conservation and sustainability with fish stocks, from the younger guys right up to the older ones. There’s much more awareness now, and that has brought with it a greater environmentally conscious attitude among fishermen, he believes. Positively, this responsible attitude has become increasingly the norm. “The key thing is that we never take more than what we need.” One way that Adam and his fishing buddies like to keep track of their catch when doing a fish dive is to work as a team. “For example, one person might be focussing on catching a few crayfish, and the other person might be focussing on spearing.” Not only does this mean he can proactively manage how he’s tracking for quantity and targeted size, but he can really commit to doing one thing really well. By specializing, they each streamline their efforts and avoid the perils of a split focus – inefficiency, compromised accuracy, and getting in each other’s way. Plus, it’s always fun going with a good mate!

Adam has enjoyed getting out to the Banks Peninsula as often as he can over the past 15 years – a couple of times a week if weather allows, with the exception of winter – whether it be to do a spot of spearfishing, freediving, or his other favourite pastime, surfing. He even moved out to the northern side of the peninsula in Sumner, six or so years ago, to take full advantage of the Kiwi coastal life and has no regrets. Thanks to his love for the peninsula, he was the perfect fit to include as a model for our upcoming summer range.

“You come out of the water and just feel really energized and refreshed, so it’s good for the soul as well as good exercise.”

And as Adam shares, it’s clear that, despite his busy schedule – juggling a successful business, with family – making time for his adventuring passions is still of great importance to him. It really is a way of life, right down to the food on the table at the end of a good day at sea.

“The number one recipe that I’ve just been well into is taking some paua, adding some spices, some cream, some stock, blending it and then heating it up. It’s really good!”

“Take the gun and explore,” he encourages. “You’ll find you’ll take some risks and you’ll come across an area that is perhaps not so good but then other times you’ll find a really magic spot.”